Kotug Seabulk Maritime (KSM) partnered with the Falcon’s Boys Club to organize a Back-to-School Maritime Seminar at the harbour aboard the Margaritaville. It was attended by thirty boys from the club who were interested in the maritime industry. A conglomerate of different professions was represented at the seminar including a joint presentation by Kotug Seabulk Maritime and Buckeye Bahamas Hub.

“We strongly believe that the children are the future and we were overjoyed that we could be part of this event and also give back,” said Elcott Johnson, Marine Operations Manager KSM and Buckeye Bahamas Hub representative Kyle Ward. “It was an enjoyable time and the wealth of information communicated to the boys was vast and relevant, there was plenty of time to answer all their questions.”

A back-to-school handout was also conducted in which 60+ young men received school supplies from all the sponsors of the event including KSM. 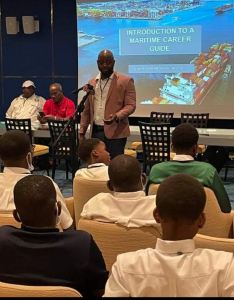 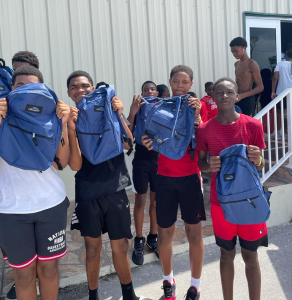 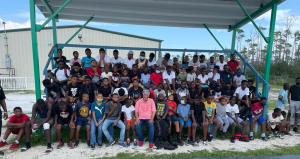 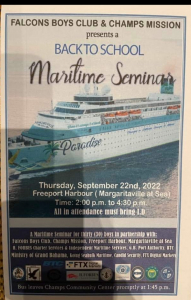 Giving the Gift of Technology to Local Grand Bahama Community