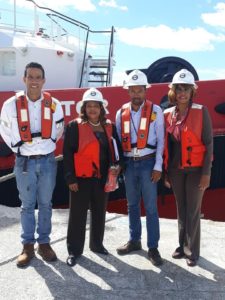 The Labour representatives paid a courtesy visit to the company as part of their random company screenings program. They were given a guided tour of the shore-side office spaces and an onboard tour of the “RT Raptor”.